I was chatting with a friend here in Reno and she mentioned some hikes she wanted to get in before it really started to heat up and I cringed. Umm excuse me, I come from the land of moderate temperatures and fog, lots and lots of fog. Sixty degrees is bordering on too hot for me, and the thought of July and August has me cowering next to my fan. 700 miles in the desert on the PCT did not change my feelings toward heat, all it taught me was that I’m terrified of being dehydrated and always carry to much water.
So last week as the temperatures began to climb I glared angrily outside at the sun (and yes 80 is still hot to me, I will not yet admit that it will soon be over 90). So imagine my happiness when the clouds rolled in and the temperatures began to dip. I figured I would take advantage of the change in the weather and hit the open sagebrush covered mountains near my house.
I should probably start with some background on this adventure, or rather what has become a series of adventurous day hikes. Living near the Damonte Hills/Virginia Foothills area in Reno I often caught myself staring off at a big white “D” made of rocks up on the hillside, and more importantly the dirt roads carving their way up the mountainside around it. Maybe it’s the little kid in me, but there is always something appealing about picking a high point and saying, yup that’s where I’m going, right to the top. I vaguely scanned the internet and found mentions of people hiking up past Damonte high school, mazes of dirt roads and a multitude of GPS tracks I had no interest in trying to muddle through. So with little to go on I set out to get to the top. 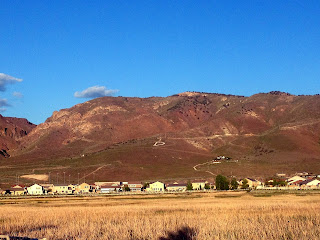 My first try failed gloriously. I didn’t even know where the high school was; I just started walking through neighborhoods, became ridiculously turned around looping in and out of cul-de-sacs and somehow ended up on the wrong side of a housing development and on a private dirt road leading to a gun club. Oops. 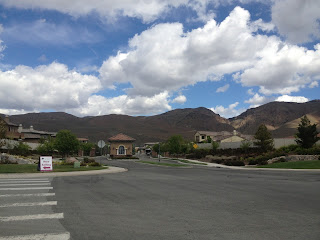 Okay so on to attempt number 2, I found the high school and headed straight up the hillside, scrambling up a steep incline over rocks and dirt to get to the big letter “D”. Only to find that it wasn’t very high and that there was a nice big dirt road leading almost directly to it that I had somehow been completely blind to and missed. Well that was anticlimactic, so I kept going, winding my way slowly up towards the top. 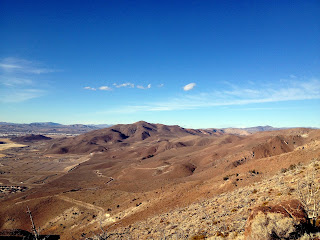 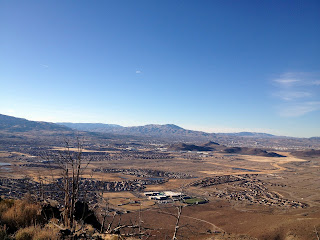 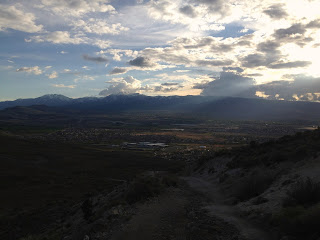 The dirt road was rocky and exposed as I made my way to the peak giving me glimpses of the valley below but taking forever to reach a high point. As I climbed higher I realized it wasn’t just one peak, rolling peaks extended off into the distance for ages. Maybe not true epic mountain peaks but still, those are not small hills out there. 2000 feet of climbing is still darn tiring and as darkness approached I realized I had to turn around. But the lure of those peaks caught my imagination and now it’s a bit of a game. Whenever I hit the hills I pick a different route, I know how many hours I have until I must turn around or inevitably end up stumbling home in the dark. Which may sound like a fun idea but isn't always your wisest option when hiking solo. 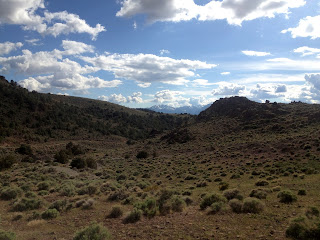 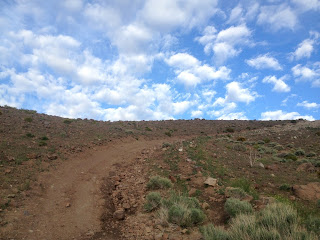 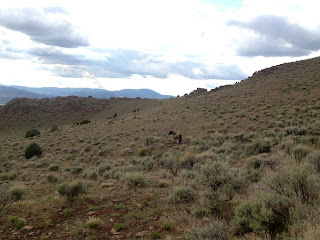 Some days its 5 or 6 miles, last week it was 17. I’ve hiked in an unexpected snowstorm, gale force winds, perfectly mild weather and even on one rather ill imagined full moon extravaganza. And the really fun part? I’ve barely even touched the vast network of dirt roads scattering the area. Yes there are dead ends, the occasional dirt bikes and ATVs, scatterings of shotgun shells and oh yes, a complete lack of shade. But there are also amazing rocks, great views, the ever present wild horses and the feeling that you can walk forever. So while I love the forest and creeks of Mt Rose I am not quite ready to ditch the open hills behind Damonte Ranch just yet. Although maybe check back to me in August when it is 95 degrees outside and I’m thirsty just looking at the sun beating down on those exposed dirt roads. 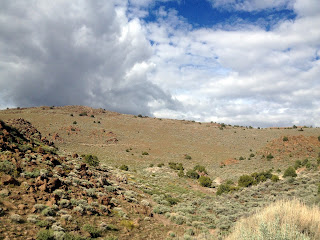 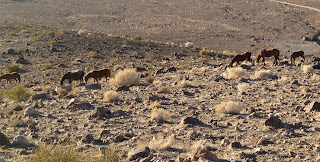 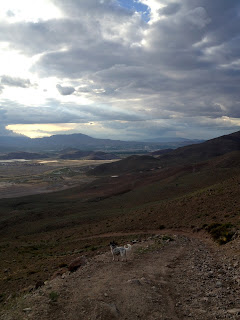 Posted by Unknown at 8:01 PM No comments:

Well I decided to give the blog a bit of a makeover and switch gears from a PCT blog to something that is actually more relevant to my life right now, which is exploring Reno, Tahoe and the surrounding areas. So bear with me as I figure this out. If you have any interest in local hikes etc then follow along, otherwise its been fun!

Posted by Unknown at 1:15 PM No comments: