Last April I went on a hike to Hunter Falls with a local meetup group, I was still super new to Reno and thought it would be a good way to find more local hikes. Luckily enough I met a recently retired gentleman who was getting ready for an Appalachian Trail thruhike (he flew out less than a week later!) So my first meetup was filled with trail talk and a new trail, not a bad start. I didn't know the other hikers trail name (since he didn't have one yet) so I never did find out how his hike went. That is, until I saw that this months Sierra Club meeting would be a presentation of his hike, I was glad I remembered his real name! I'm pretty much always up for photos of trails so Thursday night I found myself at Bartley Ranch vicariously enjoying the Appalachian trail. The talk was long and filled with that special babble that is trail talk, like any inside joke about half of it is lost but the photos were fun and I found myself leaving the meeting feeling restless as usual. Surprisingly the talk did not make me want to immediately head out east, if anything it fueled my CDT dreams even more. A dangerous place for my mind to dwell, so whats a self pitying former thruhiker to do? Go hiking of course.
I've lived in Reno almost a year now and still haven't made it up Mt Rose. Plans just always seem to fall through, and with winter quickly approaching I decided Friday would be my day. I got hung up on seeing sunrise, I'd heard the trail was pretty much all open views. So 5 am dawned and I started to get ready, the summit looked socked in but the weather said just clouds so I decided to trust my luck and headed up Mt Rose Highway.
It started out clear, and as the road snaked up the mountain the way was increasingly shrouded in fog, and then after the first turnoff for Mt Rose Ski Resort the snow started. I crawled the last few minutes up to the summit parking lot and alone in the predawn snow I cursed my stubbornness. Well I had made it this far right? My biggest fear wasn't hiking the snow, rather it was that the snow would get worse and my car would be stuck on the summit, the trials of driving a 100% nonsnow worthy car in snow country...

The trail was easy to find and within minutes I was making fresh tracks and walking along in a giant white haze of freshly falling snow. 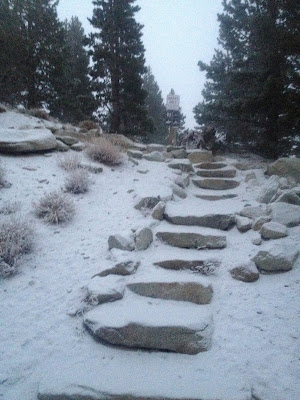 Within a half mile of the parking lot I discovered that along with the fresh snow the majority of the trail was pretty much all hard packed old snow, which in 30 degree weather means ice. Some tricky footing for sure but I managed with a minimum of flailing and cursing. I passed Galena Falls, and after 2.5 miles of fairly flat trail I finally started to see a bit of elevation gain. But more exciting than the start of the climb was my first peak of sun! Soon enough it was more than just a hazy streak of blue in the sky, now it was a full fledged hole in the cloud cover. Thank goodness, I was starting to fear my beautiful views from the top would be solid white. 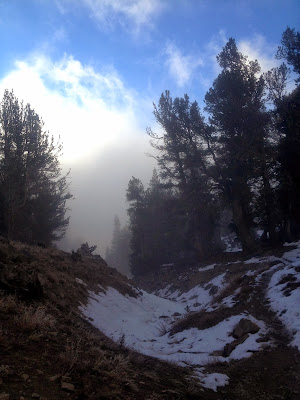 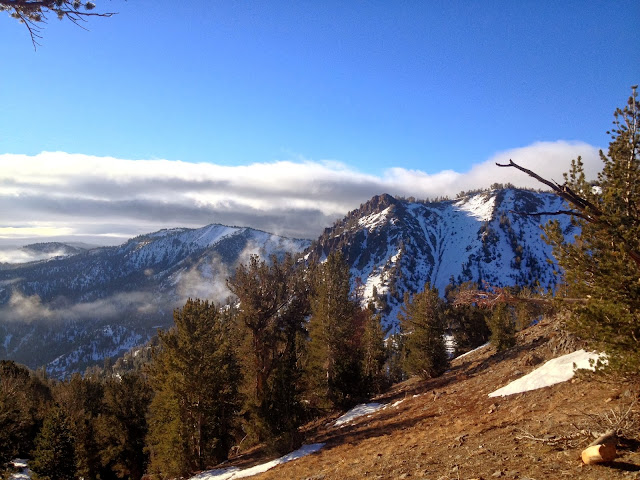 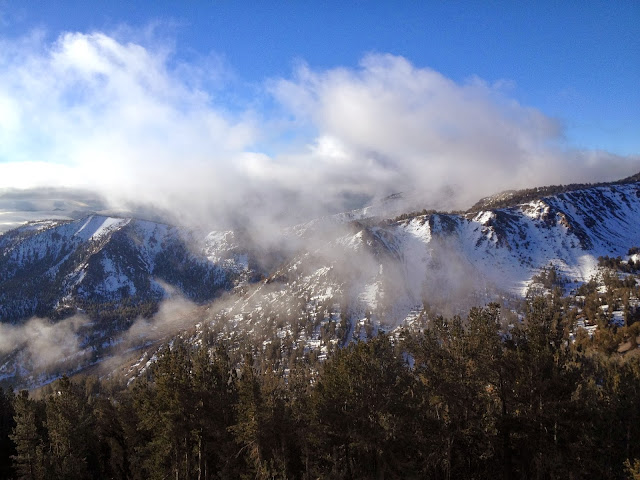 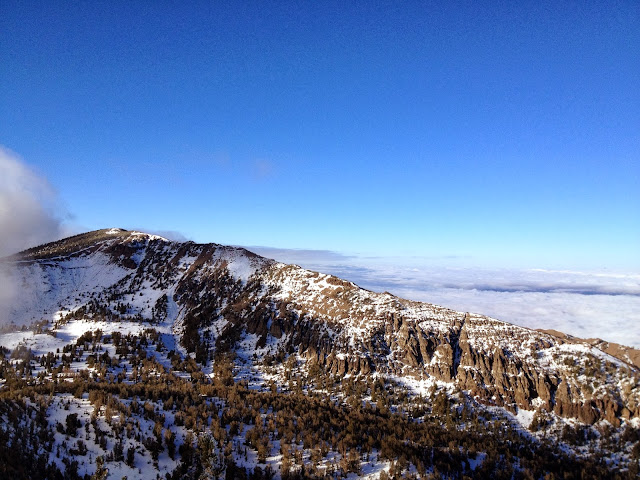 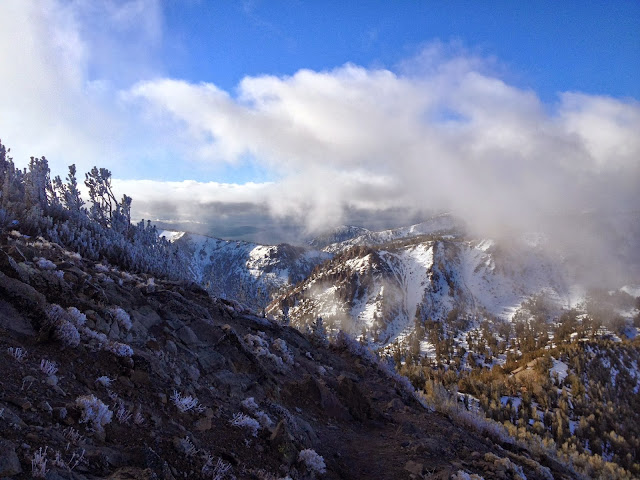 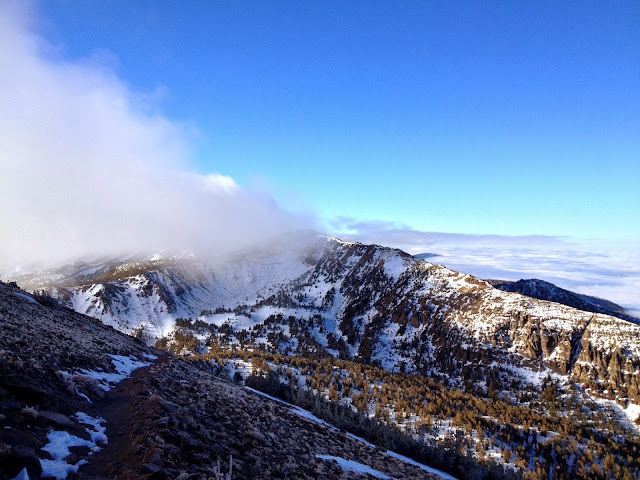 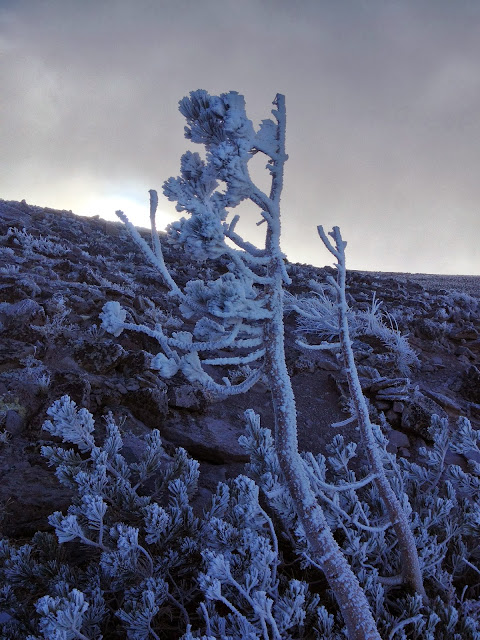 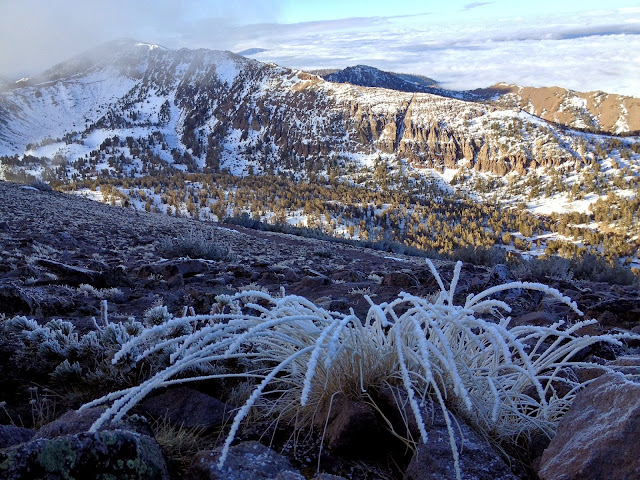 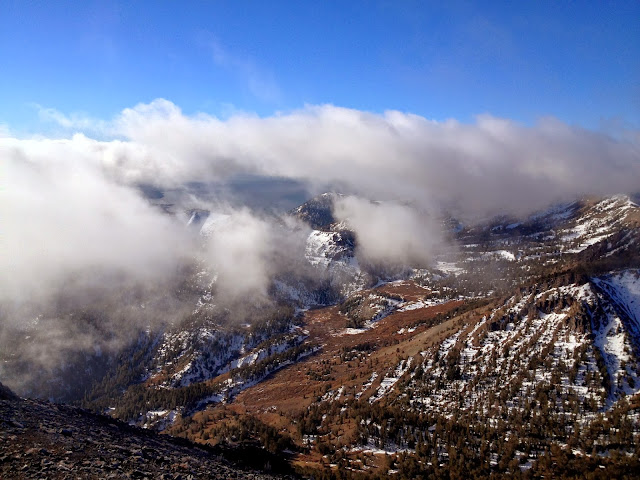 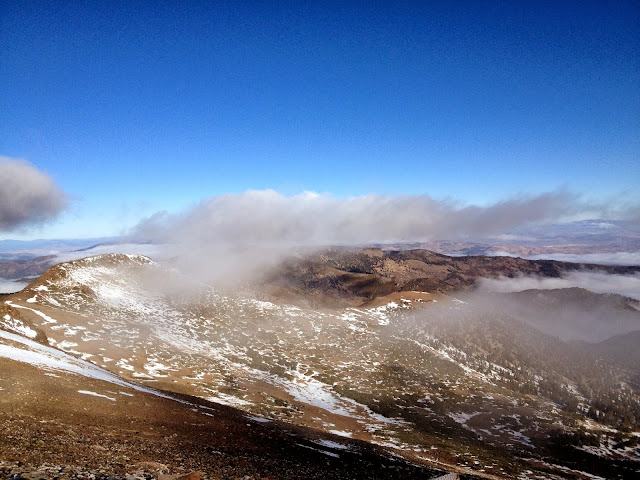 And then it was time to head back down, clouds were rolling back in and it was much to cold to linger for long. 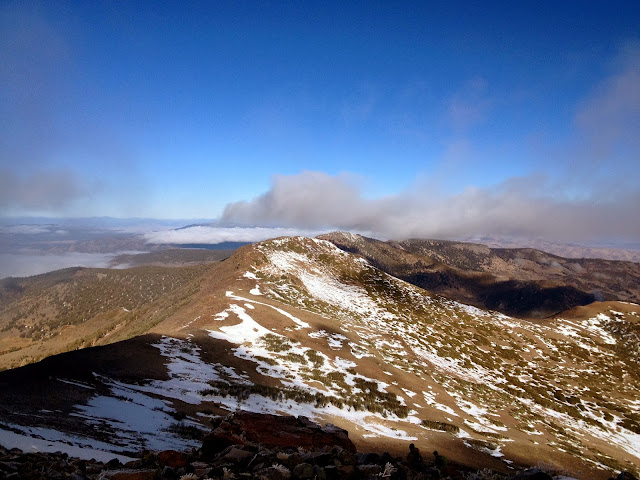 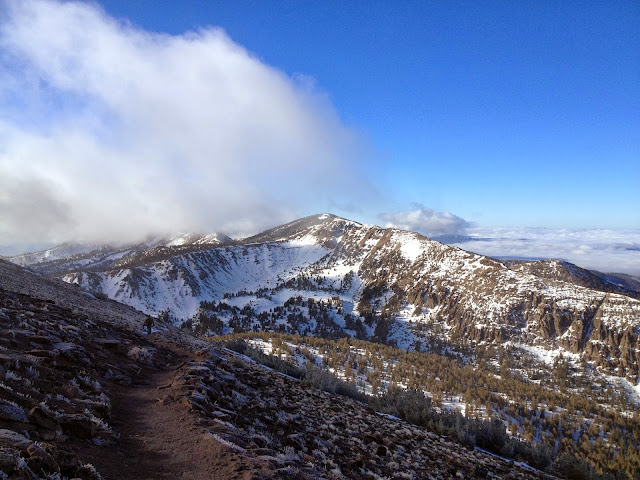 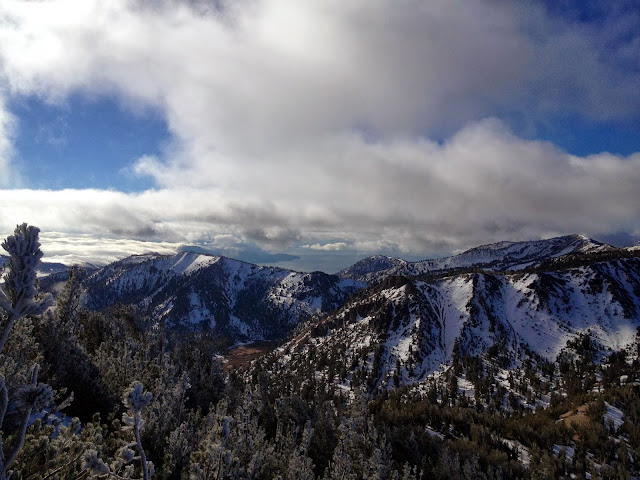 All in all a fantastic morning. The hike is only 10 miles and on very easy to follow trail. Although maybe next time I'll skip the ice and aim for wildflower season. Although pretty much nothing beats snow covered mountains in my book. Another benefit to starting when its snowing and completely white, the trail is almost empty. I saw no one until I was already heading back down.
Posted by Unknown at 8:08 PM 2 comments: